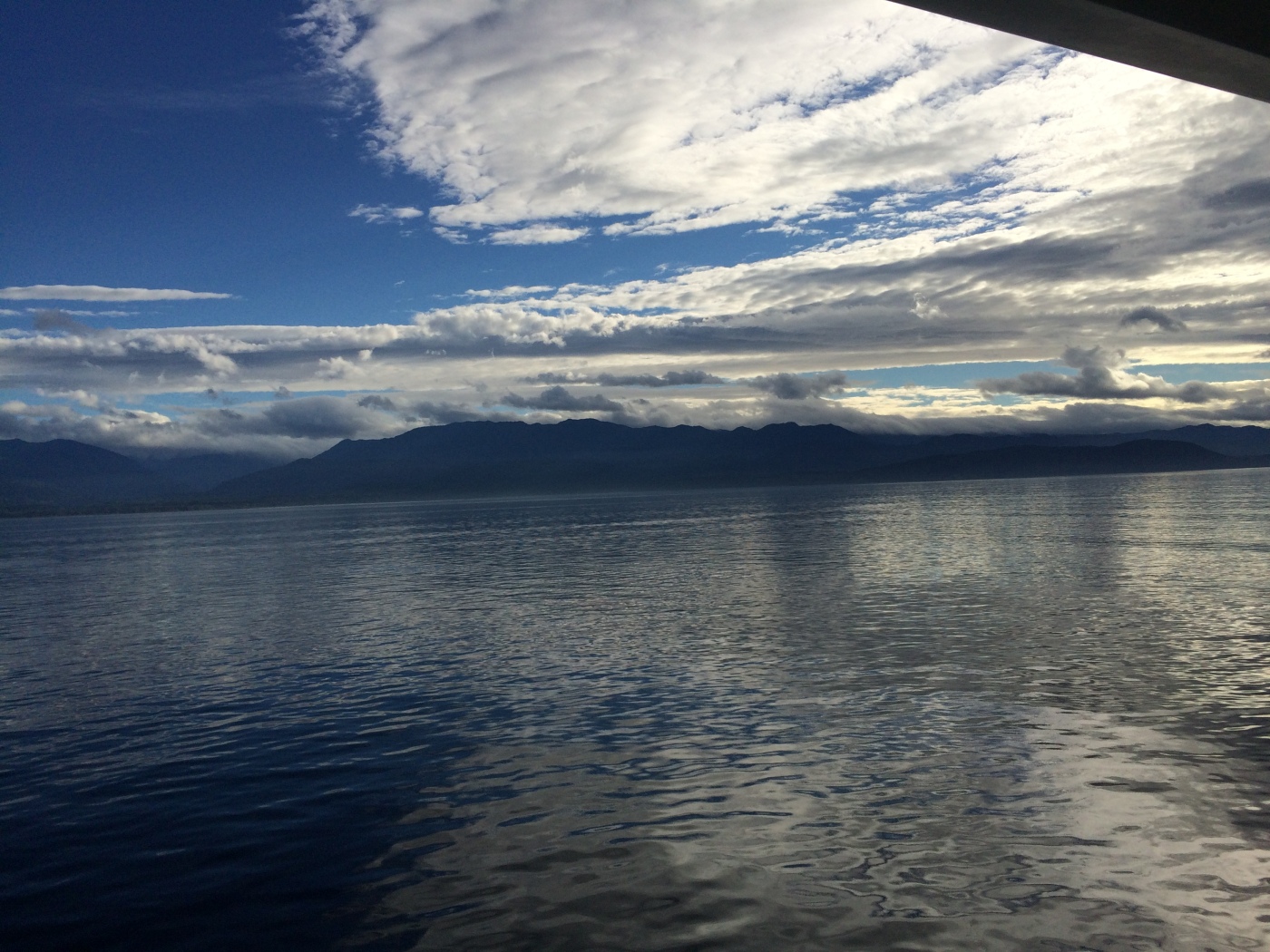 Sold in 1867 for a measly sum by the Russian Czar, Alaska today is largest state of the United States of America and boasts of spectacular glaciers, northern lights, flamed flora and delightful fauna. Home to the Tlingits, the Glacier Bay National Park, icy spectacles, scenic glaciers and chilly climes Alaska in all its pristine glory, untouched by man-made fury, is best experienced aboard a sailing deck!

Sailing north of Seattle, the Norwegian cruiseline, engages the most diverse of souls with marimba dances, comedy nights, yoga lessons, art auctions, gastronomous extravaganza, Chihuly sculptures and lively entertainment at every passing minute. Dine-ins, buffets, pizza places, oriental delights, its all offered on a platter. Luxurious and splendid. But making nothing of all the cultural offerings, even the adrenaline-rush of climbing the rock-wall in the middle of the Pacific Ocean is the beguiling measure of the natural beauty of Alaska itself.

Tailing along the shoreline, making stops at Juneau, Skagway, Ketchiken and Victoria, the Pearl circles around the beautiful Glacier Bay National park. The sight of glaciers up close, and imagining the ice-age, how big cities like Chicago and New York were once covered in ice, reminds one of how bleak our lives are when put in perspective of evolution of the earth itself, and how hell hath no fury like nature itself. The earliest inhabitants of Alaska, the Tlingits recognised that, much early on, as they lived in collaboration with nature, celebrating not just their human existence but also the powerful symphony of nature. Taking with respect, just how much was needed, and living with full knowledge of how insurmountable the odds were, yet how wilfully one can live just by careful adaptation. The totem poles they make, the Raven they revere and the language they speak are very much different but yet the same as in many different cultures around the world. The value of good, the importance of good and how perceivably the difficulty of being good just is. Its always a fight between the good and the evil, with goodness winning everytime.

Adding a stroke to the genius of the glacier-setting, having a whale of a good time are the hump-backed whales diving into the cold waters one swish at a time, demarcated by their unique symbols on tails. At Juneau, whale-watching in the wild is a great adventure. As winter approaches, the whales and dolphins migrate south in an annual migration. As the capital of Alaska, Juneau is an administrative centre and a tourist hub in season with roughly half the town migrating just like the whales to warmer shores in the winter! The Mendenhall Glacier is viewed from Juneau, as the first glacier sighted, it sets the bar for the rest to follow. As the ranger unfolds the science behind calving, the crystalline nature of ice, its transforming color, the richness in terms of mineral content and reveals how in a decade the beating retreats glaciers have begun to make, one cant help but wonder on how fragile beauty really is. The air in Juneau as in the rest of Alaska is as pure as it can get, its an oxygen renewal all the way! While global-warming is largely blamed for the rapid melting of glaciers, it’s an inevitable phenomena, even without global-warming. Mankind has evolved due to the glacial cycle over the years and will continue to evolve. Status-quo is a perception, the change is inevitable!

Next up, after a day of natural wonders, Skagway is a quaint town that bears witness to the Klondike Gold Rush, where again nature is put on a stand-still. The town grew as a centre during the the last decade of the 1800s when men rushed to find gold and western America was reeling under the sudden discovery of gold in the Yukon territory of Canada. The Skagway Railway system then established for purely commercial reasons, now offers an ingenious experience of the Alaskan terrian. The greed for Gold, or rather the need for Gold, has young men, work tediously on setting up a railway to transport labor and goods facilitating the search for the yellow metal. A rainy day ensured several rainbows when the sun showed up and brilliant sights and insights across the Canadian border. A day spent in nature, is a day well spent. Just like laughter. Apart from the train ride, the small-town holds several stories of rags-to-riches and smells delicious with wafts of freshly made caramel popcorn.

And while Ketchiken is home to the Misty Fjords National Monument, and proudly shows-off its lumberjacks among many other things, the Glacier Bay National Park is the best thing in the region. In the heart of a natural setting, slowing down considerably, the National Park is address to many important glaciers and the most popular and accessible, the Marjorie Glacier. Pulling into the bay takes almost half a day and when finally the ship approaches the Marjorie, its all worth the wait. As shards of ice stick out of the opulent formation, its a realtime freeze of a flowing river. The weight of ice in an admixture of minerals caused the glacier to move forward and calve. The ends of the glacier as they break and fall into the bay cause thunderous sounds reverberating through the valley at deafening levels. Icy blue, or cool blue takes a whole new definition here. Like all the beautiful splendours of nature, a picture does but a little justice to the experience. Words may however capture the essence. As shards of ice float away from the glacier, they melt slowly over time to reveal a Monet painting in the waters of the Pacific. From turquoise to dark green, to blue to white, its all a medley of blue reflecting on a rather thick and grey sky above and darker landmasses ahead. The blues, are inspiring for once with sparks of white, sadness is but a stepping stone for happiness, a treasure-house of inspiration and inexplicably a reason for joy. What an imposter! (Watching Inside Out on the flight up, only just sealed the thought!) From our darkest memories come the brightest of moments. Pulling out of the Glacier Bay, standing aboard the deck, taking in the clean air, came the cherry on the cake, as a school of dolphins happily dived along, beating their winter retreat! Oh what a tremendously happy sight they make, grinning along fin to fin as they keep swimming.

While we carry on our busy lives, active living, which by itself is a great endeavour, a slice of pure, pristine nature mirrors untenable clarity into being. Nature provides a glorious spectacle and its not more apparent that when glacier hopping in downtown Alaska!

One thought on “Glacier Hopping in Alaska!”