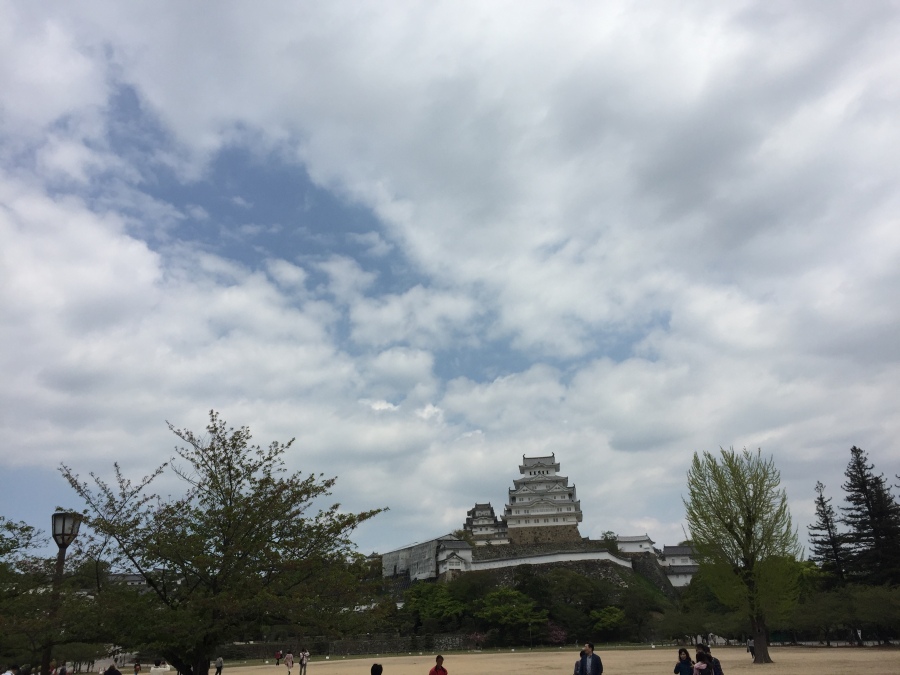 Off the fashionable city of Kobe, a train-ride away is the Heron-like coloured in white Himeji Castle, perched on a hill likened to a white egret against the backdrop of the blue sky. Its remarkable history also holds tales of how it was covered in black during the Second World War to prevent it from being bombed by the Allies. It has survived even the deadly Great Hanshin Earthquake of 1995. Credit to the many safeguarding measures the castle is now one of the only surviving prototypical Japanese castle architecture. The castle complex consists of a network of 83 buildings with advanced defensive systems from the Feudal period. Its nicknames come from its brilliant white exterior that looks like a bird taking flight. 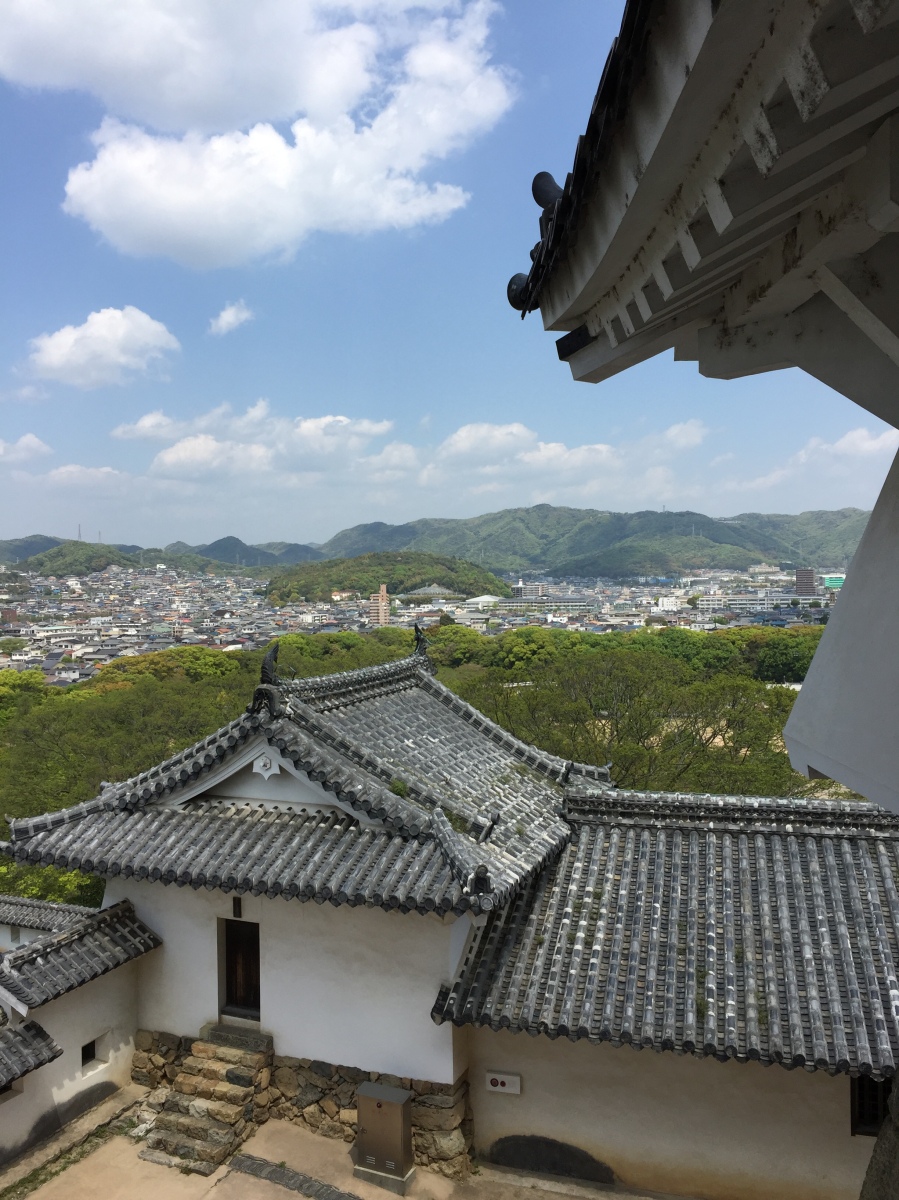 The castle is very Japanese in regard to the extensive use of wood. In fact two large elm trunks are used as the main columns of the Castle that run all the way from the base to the top as the primary support system of the structure. The trunks and all the other wooden elements in the Castle structure including rafters, doors, windows are all fine wood, weathered to hold up against the elements. Though not surviving the termites, the Castle currently is undergoing a series of restorative measures. Climbing up the six floors of the castle is quite a hike with steep steps connecting the levels vertically, while every level has the soldier platform intended to be used to wage an attack on the offenders or enemies approaching the castle. The views from each of the level look out to the town of Himeji, the Koko-en gardens and a host of other natural landscape. 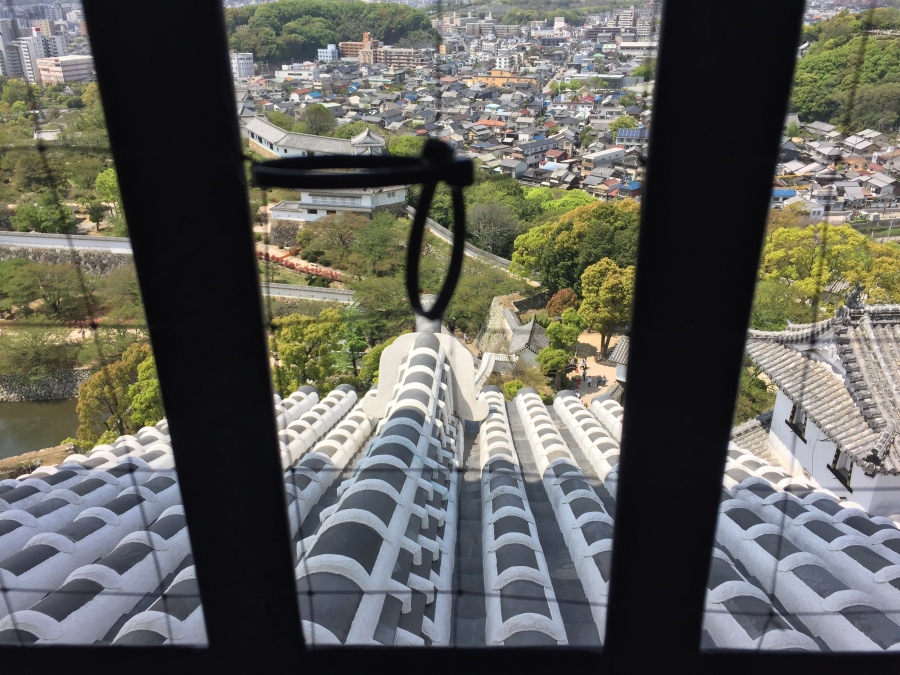 The family crest of Ikeda Terumasa is emboldened on each of the roof tile endings. The castle holds the museum and each of the building material can be seen in close quarters. Once at the highest level of the castle one is greeted by the prayer chamber. The royalty too lived with the famous wooden screens and tatami mats much like the commoners. Unlike the gilded emperors of the west or even nearby China, Japan was ruled by several emperors who lived simple, mostly. The samurai clan were the warriors and their rule changed the built landscape of the country. The Koko-en garden next door is a typical surreal Japanese garden with the koi pond, fish, the genteel colours of the plants and a host of other features that are not Zen but traditionally Japanese. The Himeji town is simple and touristy with the castle being its main feature. A glimpse into the Japanese traditions, architecture and life shows one how deeply layered the Japanese people really are and how supremely culturally refined. 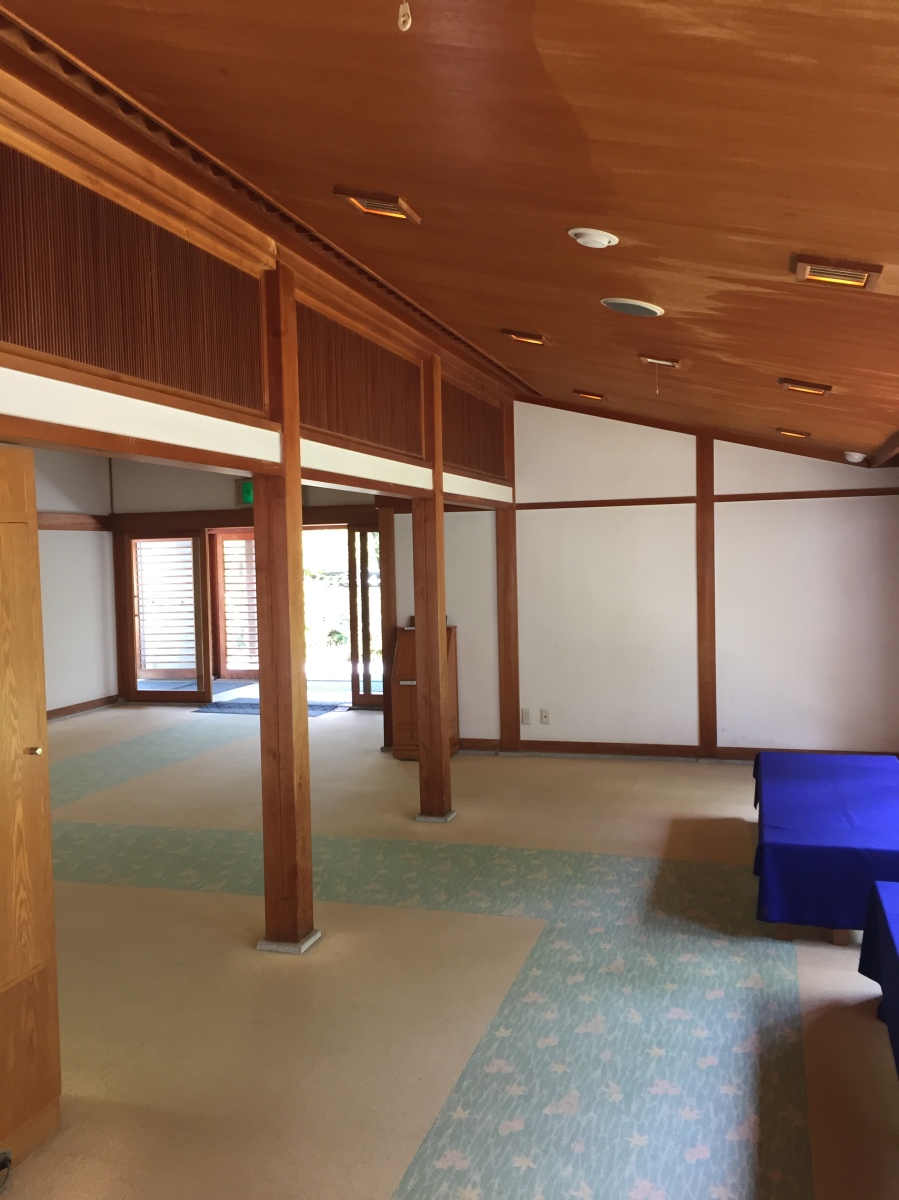 Like all castles, the Himeji is also robed in folk-lore and stories of scorned women, brave men and a populace who worshipped their emperors. Though a spectacle set in a peaceful surround the Himeji castle has witnessed it’s own share of despair but emerged like a beautiful white Heron flying into the bright blue sky. Like a lotus that emerges spotless in murky muddy waters, the White Egret or lovingly called White Heron castle emerges from the pages of Japanese history spotless and unnerved. It is gorgeously beautiful. Ignorance may well be bliss! 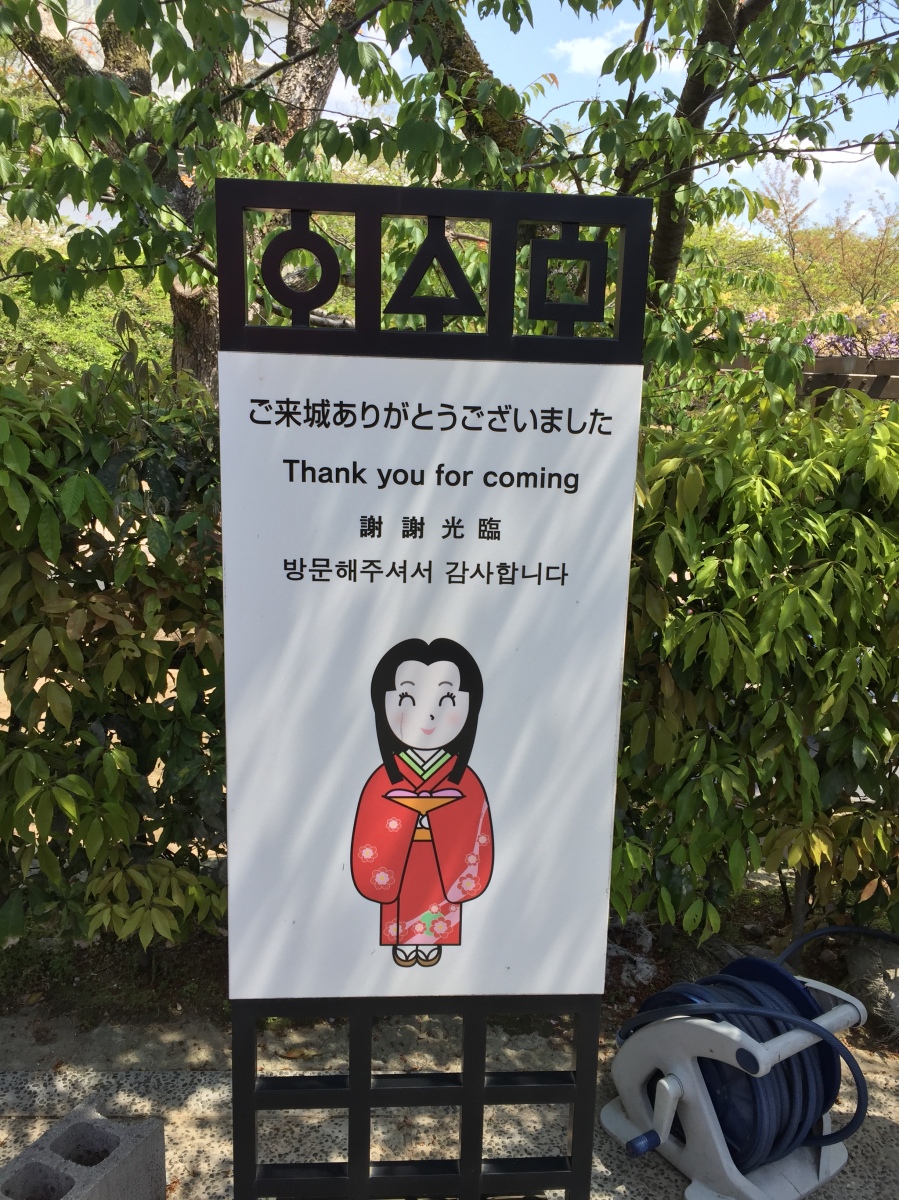 Ps. But of course!