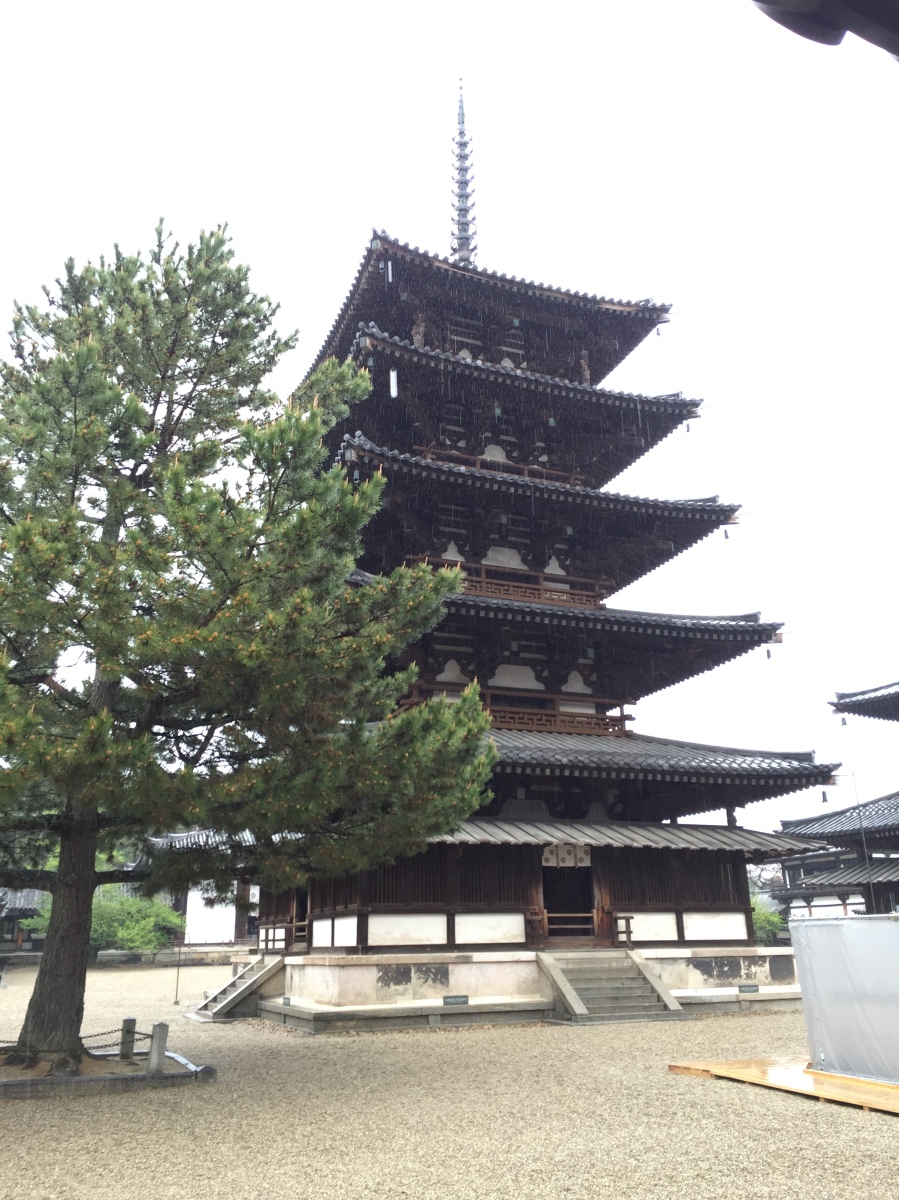 Todai-ji was once the one of the powerful Seven Great Temples houses the great bronze Buddha, the largest Buddha statue in the world, of Vairocana, even today it serves as the Japanese headquarters of the Kegon school of Buddhism. It is a place where tourists and the famous deer of Nara roam together in one of the World Heritage Sites holding its place firmly in the list complied by UNESCO. Deer are regarded as messengers to God in the doctrine of Shintoism and they roam freely at this temple site. Feeding biscuits to the deer is an encouraged practice, while one slips in a wish or two to the deer while bribing it! Once one makes their way through the hordes of tourists and the bulk of deer there is the gorgeous statue, of the Buddha to take in and admire. Nara is a small town and the Great Buddha of Nara is famous all over the world. Decorated by the main statue are the Bodhisattvas adorning the sides. The tranquil face of the giant Buddha statue is beguiling and wonderfully crafted. 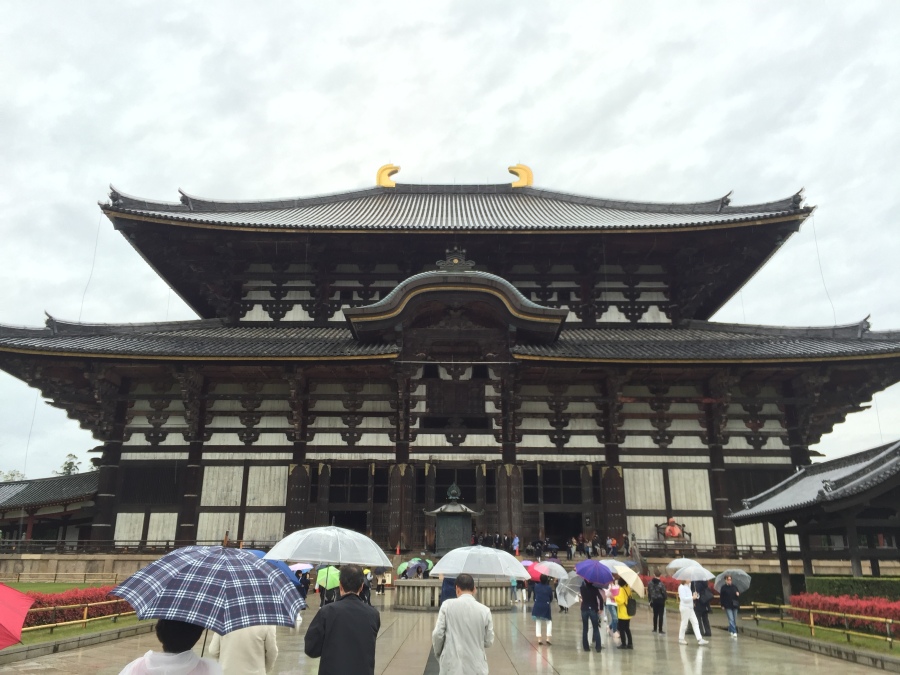 While the prayer hall is filled with kiosks doling out fridge magnets and the like, a look up to the roof is also a worthy gesture. The old temple that houses the Great Buddha is a combination of the traditional Japanese woodwork. Though no major Buddhist ceremonies currently take place at Todai-ji, the Buddha here has held his importance in the historic context of Japan way before the capital was moved to Kamakura. The power of Buddha is unfathomable, and he has a history of granting the most unbelievable miracles. Today a smaller replica of the great God stands outside the temple and as the popular belief goes, rubbing the body part of Buddha brings healing to one’s own body. Must say I saw a few tourists try their luck with rubbing his back! With students, foreign tourists, local tourists and devout Buddhists thronging the site the hustle and bustle at the temple is admirable.

The Daibutsu or Buddha of Todai-ji measures roughly 15 m in height and weighing about 550 tonnes. Gardens that host the temple have over time evolved with the temple complex to become an integral part of a unique organic living community. While the temple complex at Todai-ji hosts several performances mainly musicals, the original bronze bell chimes even today doing exactly what bells are supposed to do, ringing in the mind to the present! More recently x-rays have been used to discover a human tooth along with pearls, mirrors, swords and jewels in the knee of the Great Buddha, which are believed to belong to the Emperor Shomu who was the main facilitator who built the temple. During his reign he issued a law that commanded every person to be involved with a Buddhist temple, hoping that it would inspire piety in the people. Therefore money was collected from the citizens at large to donate for the building of Todai-ji. Such a collective fund for a temple he believed would generate God-fearing people and also prevent natural disasters that Japan has always been famous for!