The capital of Japan and home to over 30 million people, Greater Tokyo is a mega-metropolis, one steeped in history and doused with a salubrious dose of technology like little else. It also is unapologetically and brilliantly, Asia, thereby making it a cauldron of values, that are specific to the eastern part of the world. The first impression at Narita and one to follow suit until much later is how spotless and neat the entire city is, a defining characteristic of such a huge city. And how mannerful Tokyoites or rather Japanese people generally are! Manner-ful and melancholic ofcourse, like the air of gloom is governed by the mature approach that everything is impermanent, and subject to great change, the attention to detail, whether it’s the minuest change in weather, the shifting of winds or in design. Though walking with an air of seriousness, and very proper, when asked a question, the denizens break into an instant smile, answer the tourist’s frenzied query, nod, help, at times walking all the way and strike up a very polite conversation, that’s mostly to the point before bowing graciously and getting on their way.

Women with rose-tinted cheeks, bows, scaling high-heels, mostly false eye-lashes though sometimes not, and men in business suits, Hermes belts and man-bags, dot the landscape of this mega-city each day. Raking in a GDP that was at one point, sometime in the 90s the highest in the world, the Nikkei even surpassed the New York Stock exchange then. Though this is the second decade of what can be termed as a recession in Japan, the capital city remains one of the most expensive cities in the world! As people teeter about clicking heels, the Shibuya crossing mimics the Times Square as one of the busiest crossings in the world. The mega-brands scream out through inventive hoardings selling not just a brand but also a persona. The nearby Shibuya station also pays respect to Hachiko the dog whose faithfulness to his master is legendary. An example of how the canines are such a figure of popularity in Tokyo! Sitting across of Tokyo’s very own Harjuku Champs Élysées in the Omotesando area watching the cars zip by and people walk past, I was greeted by such beautiful and friendly dogs taking a long stroll with their very indulgent masters! The walk to the Nezu museum is a treat as one is greeted by flagship stores that boast of inventive and innovative architecture just as much as symbolise a design identity. Miu Miu, Issey Miyake, Prada are just a few who show a philosophy and a take on good design, competing not just with merchandise but even in architecture. It literally is fashion’s architectural runway unfurled out there in Tokyo. 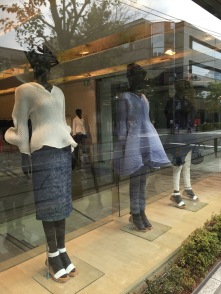 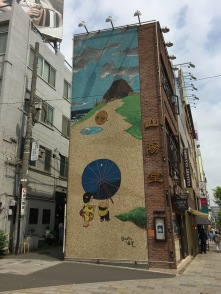 The Nezu museum is breathtaking in its extreme simplicity and hence sophistication. The finesse of design gathered is supplemented by well planned structure with integrity and poise, a perfect underscore for a genius creation. Irises on display at the museum with the exquisite waka poetry is a must see, along with the scroll that reads right to left and the estate of a beautiful Japanese garden on the huge property. But Tange’s architecture details trumps any collection that the museum may have, the landscaping with all the beautiful, moss collected and deliberately placed plants create an aura and force the ascent of zen moments. Rolling Stones gather no moss, is not the point, the point is understanding whether you’re a stone, a babbling brook, a tethered leaf or a full blown maple tree, and being okay, accepting the you that’s you! Dr Suess did get it right with his rather famous quote!! Much refreshed by the beautiful architecture and the even more stunning garden with quaint tea-houses, the brooks, the waterfalls, spouts, koi ponds and the art the rest of the Tokyo design experience is truly thrilling. Personally I did dig Tange’s exquisite detailing even apparent in a simple bench, and one that translated into every aspect of the building! Walking back on the very upmarket street, a short detour to the Sunny hills is totally worth it, a birdcage of a structure with nearly blocked teak wood.

Issey Miyake’s overcoats were stunning as was the Miu Miu rain chain with ingenious detailing to drain rain water! Ahead on the street, Hugo Boss sports an exposed concrete structure, Tods, experiments with concrete and glass while Chanel brings in a medley of wood, glass and concrete, my favourite on the street was Chanel ofcourse. The others worthy a mention ofcourse are the Tokyo plaza, with a stunning rooftop, Louis Vuitton, Coach, and so many more, making the road to Harajuku an architectural runway I tell you! Much later in the evening Ginza sported the same vocabulary with the same stores displaying a whole new design, retail design does not literally get better than what is around in Tokyo, both individually and collectively! In Ginza the Itayo store, Armani, H&M create a glorious impression as do the Caretta Shiodome and the much humbler Capsule tower.

Of food, the hectic day of architectural delights and wonderful sights not to forget  the cheery cherry blossoms in April, were punctuated by what are strong recommendations now, the Crepe at Cafe Crepe, Hot Chocolate at Cup Cafe and Vegan Ramen at Ramen Street in Tokyo station. The crepe is stunning, the Strawberry cheesecake crepe is delicious, the Hot Chocolate as energy-giving and forgiving as ever and the Vegetarian Ramen with broccoli, carrots, cabbage, porcini, topped with a boiled egg, stewed in carrot and tomato purée and a basil paste is absolutely divine! 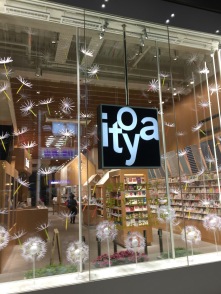 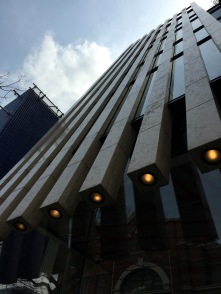 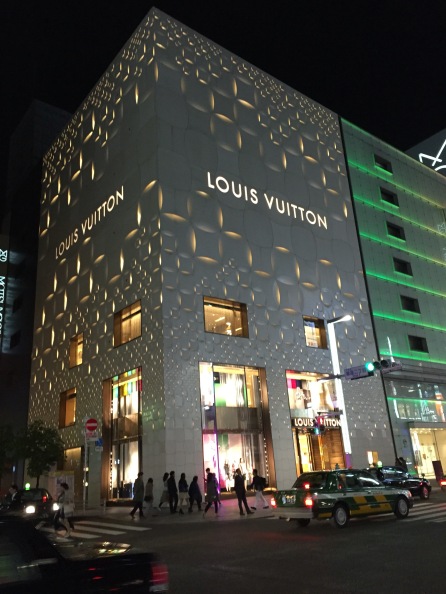 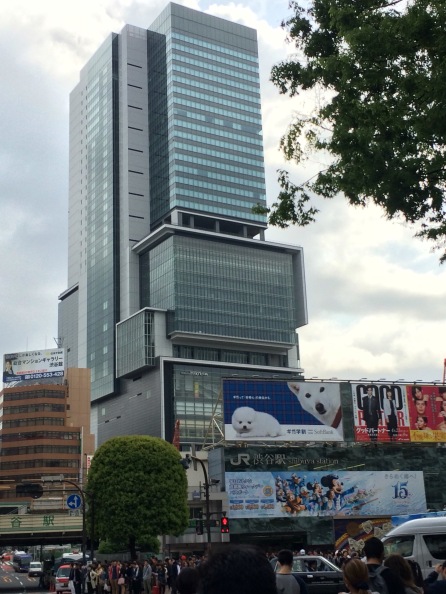 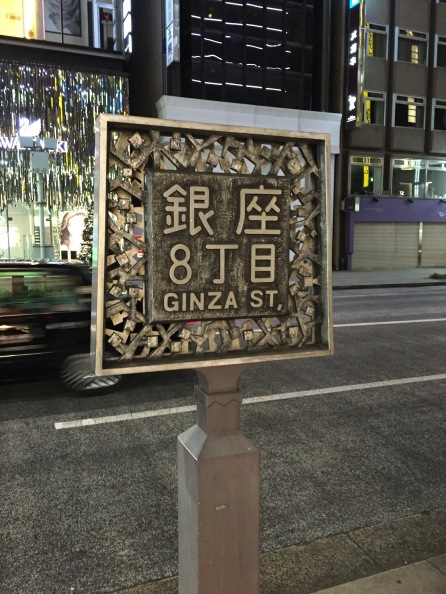 With so much commercial and retail aspect to Tokyo, the very modest parts of it could be greatly overlooked but cannot be missed. Like the Bunkyo residential area for instance, home to the St Mary’s cathedral and the Shinto shrines that dot the neighbourhood. While the cathedral is spell-binding and a poetry in concrete the Shinto cemetery is rather grounding and a place of reflective solitude. The confluence of the present and the departed, a rather grim reminder of the present and the recollection of how one’s time is limited, long or short. The bell tower of the St Mary’s cathedral is a hyperbolic expression that calls out to the heavens, Lord good God, bells curated in Germany but designed to echo the Japanese sentiment. Covering over 26 km in a day, duly recorded by my ever efficient phone, the entire experience of feeling up architecture in Tokyo and mind-blowing design intelligence guarantees an adrenaline rush, that keeps one going for more and more, one that kept my body absolutely sane inspite of the sudden half-marathonic adventure  and sleepless gushing over the sights of the day!

Tokyo, once Edo, nowadays city with many many layers is delightful and mysterious, modern and old-world, funky and dignified, spotless and clean, tied-down and free, all the same. It is if not anything else a testimony of time, of nature, of human nature, of resilience, of survival and of holding fort. A city that was massacred by ruthless acts of God, typhoons, tsunamis, fires and ruthless acts of man through world-wars and fights for empires. But yet a city that rebuilt itself everytime, forgetting each time the past, the Japanese for instance feign a memory loss each time the world war 2 is mentioned. A trait that helped it grow anew each time, a trait that makes it a crucible for constant innovation, experimentation and delightful observation that scintillates the senses at every turn and every corner. The city that chugs on with its huge populace, that is clean, efficient, culturally inclined, is firmly rooted, aspires for a future that’s greater than its past and that is learning and teaching at the same time! 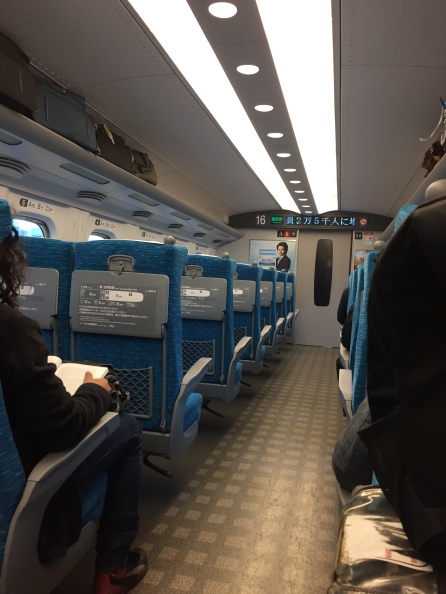 As I type this on the Shinkasen Nozomi or the fastest bullet train in the world, rather the fastest consistent bullet train touching about 250 kmph over superceeded once by the French TGV, having a sense of déjà vu, I can’t help but wonder how Tokyo puts an optimistic twist on the Japanese philosophy, that if the traditional belief holds that nothing is permanent, the modern belief lies in the living in the moment. That may well be the very essence of life, and the true purpose of living! 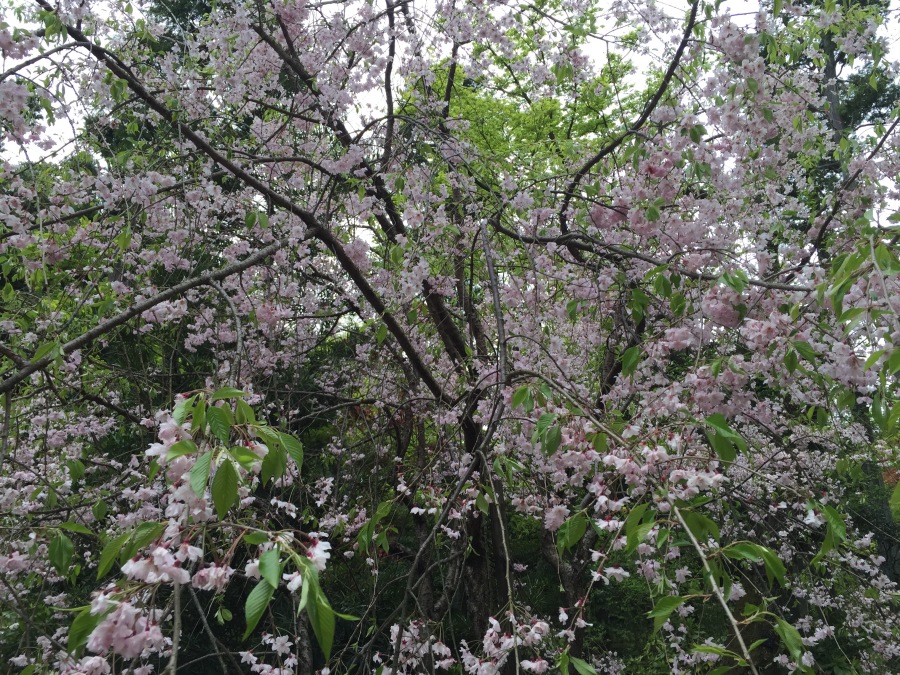